Guests were welcomed into the MEC by alumni board members and were encouraged to mingle during the networking hour until the moderated session with Hurbis and Davis began. The lobby of the MEC quickly filled with a buzz as attendees enjoyed appetizers, drinks, highly competitive games of bag toss and a digital photo booth. 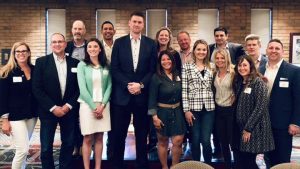 The event, which originated as an idea to provide ongoing learning opportunities to Executive MBA alumni, quickly turned into a celebration of the first in-person networking session in some time. Past reminders to “unmute yourself” or “turn your camera on” through Zoom were replaced with warm greetings and handshakes. Alumni quickly caught up on their peers’ personal and professional lives while embracing old friends and making new connections.

After networking ended, Hurbis and Davis were welcomed to the stage to share their business acumen with the audience. Hurbis quickly owned the room with his big smile, candor, quick wit and extensive knowledge of Davis’ biography. Davis, who played basketball under the leadership of Tom Izzo at MSU, was a professional on the court for 11 years before finding his passion in finance. He traded his uniform for a suit and now spends his days guiding high-net-worth individuals toward long-term financial success.

Additionally, the pair navigated through topics such as leadership, commitment, business successes and failure. Davis reminded the crowd that there is no secret to success; it’s about commitment to practicing your craft and the sacrifices you make. He shared that MSU provided him with a lifelong family and brotherhood that he truly cherishes. Hurbis quickly chimed in that wherever Spartans are, saying a simple “Go Green” to a stranger in another country or state will always be met with “Go White!”

The evening served as a great reminder that success is driven by a team, not individuals. Strong leadership is the core to building a winning team on the court or in the boardroom. 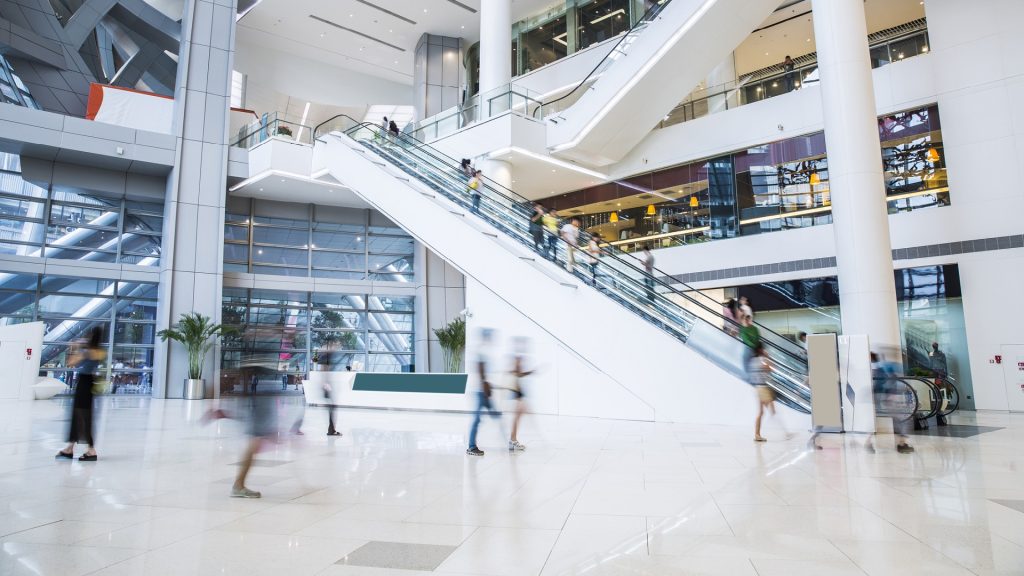 Are shopping malls dead or making a comeback?
Forrest Morgeson, assistant professor of marketing, assesses consumer behavior for shopping in malls vs. online.
Blogs
A study in DEI and business opportunities in Spain
MBA student Ajinkya Virulkar details the study-abroad immersion he shared with classmates in Barcelona and Madrid.
Blogs
Removing the hurdles
Lori Hillman (MBA ’16) has made it a priority to remove some of the career challenges women face.
top