Broad College of Business alumna Alexandra Clark has traveled near and far in pursuit of chocolate; this journey led her to new places and back to familiar ones. Clark (BA Hospitality Business ’10) eventually returned to her roots in Metro Detroit, where she set up shop for her bakery, Bon Bon Bon.

It is in Detroit where she has made a mark on the city and caught the attention of foodies around the world. Most recently, she received accolades from Forbes magazine, which named her to its list of “30 Under 30” and crowned her with the title of “Best Young Pastry Chef in the World.”

Bon Bon Bon was the culmination of a passion for sweets that stemmed from her childhood job in an ice cream shop and an eight-year expedition where Clark studied and developed a “strong sense of business and culture.”

Manufactured in Hamtramck and showcased in Detroit, Bon Bon Bon offers two stationary locations and a mobile pop-up stand that visits various cities throughout the country. The chocolatier and entrepreneur found a creative and inexpensive way to package the goodies through the use of local recyclable cardboard, which allows for the focus to stay on the product, not the packaging.

Clark highlighted the amount of attention each creation is given, and the collaboration of the farmers and suppliers that gives Bon Bon Bon a distinctive and delectable experience for consumers. It has been approximately 40 years since a chocolatier has opened shop in the area, but Clark discovered fortune in that in recent years interest in Detroit’s food scene has created a boom in business.

“We are surrounded by unbelievably talented and hard-working people,” Clark said.

For Clark, milestones in her business exceed the numbers on the accounting books—rather, when she sees her employees become successful. “There is something really exciting about knowing that your employees feel confident and empowered enough to financially make big purchases,” said Clark.

The prosperity of Bon Bon Bon has spread far across the country; it has created a new set of challenges in order to keep up with the demand in the Motor City and beyond. “We have an undeniably individualistic brand, we are firm in our stance and who we are, and that has radiated across the country,” said Clark. 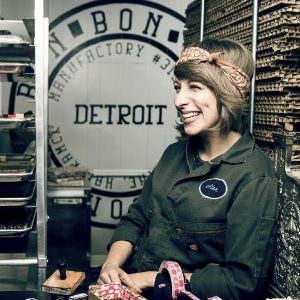 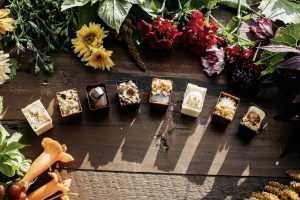