Lengthy railroad workers strike could be devastating, as trains play a central role in keeping US economy on track

Editor’s note: This a developing story. Visit The Conversation to read updates on this content.

Most Americans may not appreciate the central role that private railroads play in supporting the U.S. economy and their everyday lives. An impending railroad strike will likely change that.

Unless an agreement is reached by close of business on Sept. 15, 2022 – or the Biden administration forces negotiations to continue – freight rail activity in the U.S. could quickly grind to a halt as tens of thousands of railroad workers prepare to walk off their jobs. At least one union has already declared it plans to go on strike beginning Sept. 29.

Even before a possible work stoppage, some railroads have stopped taking certain hazardous goods, such as fertilizer and chlorine destined for water purification plants. And on Sept. 13, Amtrak said it was canceling all long-distance trains.

This raises the question: What will happen if these railroad workers go on strike for an extended period?

I’ve been researching and studying freight transportation operations in the United States for a decade and witnessed many major disruptions, from port strikes to natural disasters.

A prolonged railroad strike has the potential to be far more disruptive, affecting Americans across the country and imperiling the economy at a time when it’s already experiencing the twin threats of decades-high inflation and a Federal Reserve willing to slow growth to rein in the rising cost of living.

Rail workers have been without a contract since 2019, as management and unions have failed to agree on wage increases, paid sick leave and other issues.

On Aug. 16, 2022, a government panel drafted a compromise that included a 22% raise over six years and a cap on monthly health care contributions. Initially, 10 of the 12 rail unions tentatively agreed to the deal. But the Brotherhood of Locomotive Engineers and Trainmen and the International Association of Sheet Metal Air, Rail and Transportation Workers refused.

The key sticking points concern working conditions, such as no sick leave and policies that punish workers for taking unscheduled time off for a personal emergency. If no deal is reached, the workers could strike as soon as Sept. 16.

In addition, workers at one of the unions that had agreed to the compromise, the International Association of Machinists and Aerospace Workers, ultimately voted against the proposal and said they would go on strike as soon as Sept. 29.

The last time rail workers went on strike was in 1992. The strike lasted 24 hours before Congress intervened, which kept disruptions to a minimum.

Given the political paralysis in Washington, it’s uncertain whether lawmakers would be able to agree on a measure to resolve a strike in the current climate.

Why trains are so important

Railroads play a vital role in keeping the U.S. economy humming, transporting everything from convertibles and french fries to chemicals and coal.

Railroads are involved in 43% of all freight activity in the U.S., the Census Bureau estimates.

In 2021, for example, the major U.S. railroads hauled 16.3 million carloads of all sorts of raw goods, including coal, chemicals, lumber and grain. Placed end to end, the cars would require 187,800 miles of track – enough to circle the Earth’s equator over seven times.

Other than rail cars, the railroads also haul 1.2 million trailers for trucking companies and 15.6 million so-called intermodal containers – think the bright corrugated metal boxes that you have likely seen stacked up at ports and on massive ships. These containers are filled with imported products such as children’s toys, furniture and electronics, and goods produced domestically that need shipped a long distance.

Are there any other options?

However you count it, it’s clearly a lot of stuff. A natural question you might have is: Can’t semi trucks pick up some of the slack?

The answer is a resounding “no.”

Take just one product that trains ship – chemicals – which are used to make plastics, processed food, glass products and many other consumer goods. Recently, the five major railroads hauled an average of 47,900 carloads of chemicals a week. Each of these carloads has the capacity of four to five tanker trucks. So to make up for a shortfall, trucks would need over 200,000 spare tankers hauling stuff each week. There isn’t nearly enough capacity.

Even more problematic are the approximately 78,000 carloads of coal the railroads haul each week. Much of this coal is mined in Wyoming and must travel across the country to states like Texas, where it is used to generate electricity for industry and consumers.

There is no feasible way to transport this much coal in trucks.

The costs of a strike

And so the consequences of even a day or two of strikes could be significant – and a strike longer than that could become dire.

Coal, for example, is used to generate about 20% of electricity in the U.S. While utilities maintain roughly a 30-day stockpile of coal, the mines could not operate more than a few days before their limited storage capacity forces them to shut down. The effects for businesses and consumers could be substantial if these utilities needed to curtail power generation.

This would also likely worsen inflation by driving up energy costs.

The food supply is another area of concern. Each year, railroads transport over 3 million carloads or containers of agricultural products, from raw grains such as wheat and corn to finished goods like frozen meats and most other food products.

While some of these shipments could be switched to trucks, I estimate that at most they could cover 5% of what railroads transport based on commodity freight shipment data.

So the result would likely be more shortages and higher prices – bad news for consumers who have seen prices for groceries soar 13.5% from a year ago.

One other sector that will be severely disrupted are makers of cars and trucks, like Ford and General Motors. Auto plants rely extensively on railroads to deliver auto parts – not to mention they transport 75% of all finished vehicles.

A prolonged rail strike would therefore severely curtail auto assembly at a time when the sector was finally starting to dig its way out of assembly issues brought on by a chip shortage.

Finally, passenger trains like Amtrak and commuter rail are already experiencing disruptions in terms of route cancellations, which are likely to grow much worse if there are actual strikes. Amtrak has already canceled all of its long-distance routes crisscrossing the country beginning on Sept. 14, affecting as many as 28 daily trains. Many commuter lines are also going to be affected.

The reason is that many passenger trains operate on portions of freight railroads’ tracks. For example, about 70% of the miles that Amtrak trains log each year are on rails owned by the freight railroads.

All in all, a strike could severely harm the U.S. economy and drive up inflation. The Association of American Railroads estimated a strike could cost the economy $2 billion a day.

If there are strikes, Congress could intervene, as it did in 1992, to impose a deal on workers. It’s the only solution beyond the negotiating table, thanks to the Railway Labor Act of 1926, which otherwise requires rail workers and management to negotiate their differences.

Jason Miller is the interim chairperson of and an associate professor in the Department of Supply Chain Management in the Broad College of Business. Jason’s article was published by the The Conversation. 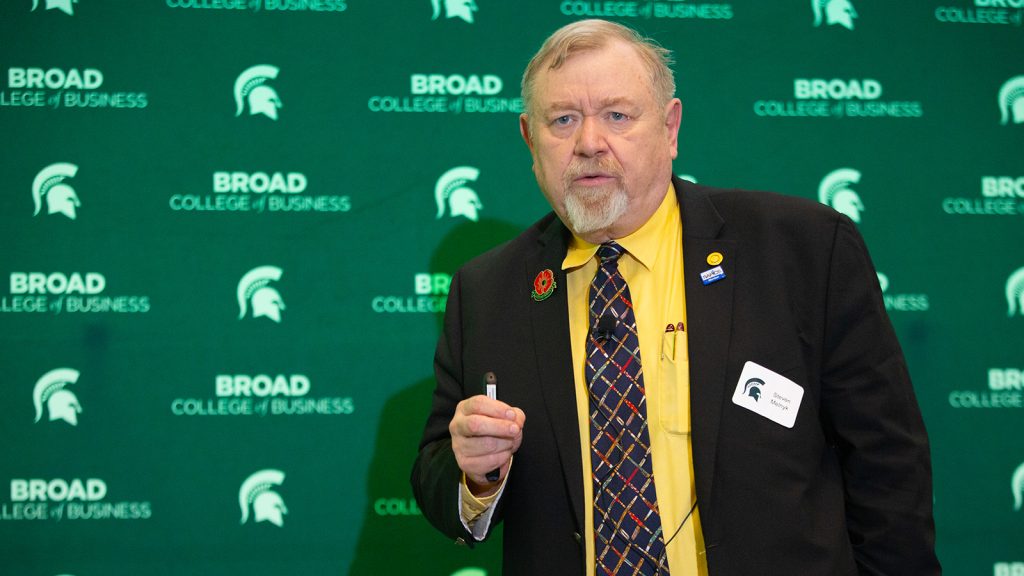