The next big thing: As world discovers blockchain, Broad Spartans explore the subject

Blockchain has made it to Michigan State University.

The digital open-ledger system behind the success of Bitcoin has been adopted by a multitude of the world’s largest and most successful organizations, from the Industrial and Commercial Bank of China to Walmart, and it is in its now being taught at the Eli Broad College of Business by MSU Director of Undergraduate Entrepreneurship Neil Kane.

The Broad College is the first Michigan school to offer a course in the cutting-edge ledgering system, according to Kane. Earlier this year, “the New York Times ran an article about different universities teaching blockchain courses,” said Kane. “I circulated it to a couple of deans … and honestly my hope at the time was that somebody was going to pick it up and run with it. I was just throwing out the idea.”

Instead, Kane saw it as an opportunity to take the lead in developing the course.

“I took it as a personal challenge because I had never developed a course before,” Kane said. “This was an opportunity for me to learn the subject matter, figure out how to teach it, develop the course, and learn all the systems at MSU.”

The end result is MGT 491: Blockchain Foundations and Applications. The course, which is offered as an elective in the minor in entrepreneurship and innovation, covers the technology behind blockchain and the multiple opportunities for its applications, from its beginnings as the fundamental base for cryptocurrencies like Bitcoin, to its uses as an open-ledger system for company records and receipts.

The power to change business

Why the focus on blockchain? Because it has the potential to change the way business is done, in the same way digital innovations have flipped upside-down entire industries since the Internet was developed. Traditionally, financial transactions must be recorded and processed by third parties, like banks, which may cost time and money. With blockchain, the middleman is cut out of the loop, as transactions are electronically recorded in a shared information cloud with unalterable “blocks” documenting a specific transaction, and a chain of blocks serving as a long-term distributed repository.

Blockchain’s burgeoning popularity in the business world has attracted a very diverse student population to the course.

“We’ve got 32 enrolled students, there seems to be good energy in the class,” said Kane. “We’ve got undergrads, grad students, there’s one or two MBA students, a couple law students … we’ve got business students, computer science students, so it’s a really interesting amalgam of people which reflects the many facets of blockchain.”

Since the possibilities for blockchain are nearly limitless, Kane faced the challenge of assembling a course that did its best to cover them all. “The way I got around being the expert in everything was to invite different professors and visiting speakers from other areas and other colleges around campus to talk,” said Kane.

“We’ve had faculty from computer science, law, economics, supply chain management and entrepreneurship all contributing as well as speakers from IBM and Deloitte,” Kane said.

One of the class case studies is Walmart and IBM working together with produce suppliers. “They do that not only [to] save money, but particularly in the food application, if there’s ever a recall or a contamination they instantly can know where every leaf of lettuce and every banana and mango came from,” said Kane.

Students in his course will be working in teams throughout the semester to construct their own unique application of blockchain.

“For example, one of the big areas where blockchain is really getting a lot of traction, and IBM is [also] doing a lot of work in the space, is in supply chain management, which is a big department at MSU,” said Kane, adding that the chair of the Broad College SCM Department, Cheri Speier-Pero, who is also the Ernst & Young Professor in Accounting and Information Systems, would be lecturing Kane’s class this semester.

As for the future of the course, Kane wants to give the course more time before he provides an answer.

“We’re doing the course for the first time, so at minimum I’d want to wait and see what the feedback is, whether the course goes well and whether the students enjoy it,” Kane said. “We’ll cross that bridge when we get to it.”

Gupta is okay with that. He acknowledges the topic is developing. He just wanted the Broad College to be part of figuring it out, and not waiting for solutions to emerge: “We are far from saying what a curriculum in this means,” he said. “But it’s of sufficient import and sufficiently fundamental in nature that we cannot sit on the sidelines.”

“What we need to do is, at least tackle it as best as we possibly can,” Gupta said. “One can imagine a slew of other things to come down the road around this.” 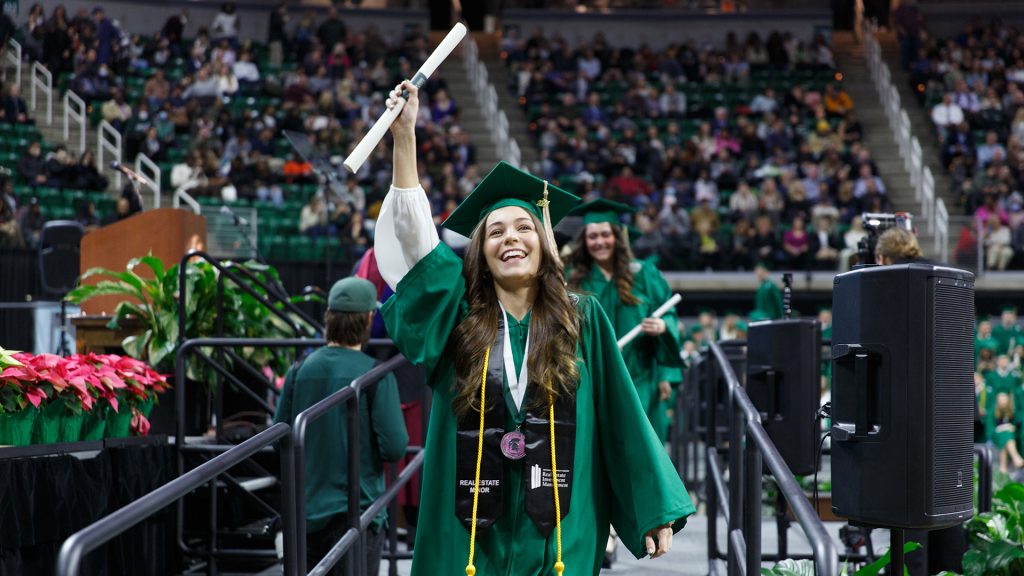