Professor Donald I. Smith Made a Difference.

Donald I. Smith, who served as director of the School of Hotel, Restaurant and Institutional Management at Michigan State University from 1980 to 1983, died on November 29, 2016. He was 89.

Known as “Coach” to all who knew him, Don had been a football coach, independent restaurateur, restaurant chain executive, distinguished professor, hospitality industry leader, award-winning manager, and a tireless educator and consultant to the hospitality industry.  His mantra was, “The Coach makes the difference.”

At MSU, he guided the School through the growth in the early 1980s, and was known as an enthusiastic teacher and loyal faculty member. He was beloved by School alumni, many of whom sent fond remembrances to members of the faculty of what is now known as The School of Hospitality Business upon learning the news of his passing.

Coach was known for his engaging speaking style, beginning each presentation by removing his jacket and rolling up his sleeves.  The audience knew it was time to work at learning and practicing his message of customer service.

Alumnus and former School Director Dr. Ron Cichy (BA ’72, MBA ’77) recalls, “Don’s personality was a force of nature.  He was unfailingly positive, and to those of us who served as young faculty members under his leadership, he was a devoted mentor.  He connected alumni and industry partners to the School and encouraged us all to make our dreams a reality.”

Interim School Director Dr. Bonnie Knutson says she will be forever grateful to Coach Smith.  “Don brought me into the Hospitality Business family,” she explains.  “So much of how I engage students in my classrooms and in executive education I learned from Don.”

After leaving MSU in 1983, Don was invited to join the faculty at Washington State University.  He, along with all other living former School directors, was invited back to The School on the occasion of its 75th Anniversary Year in 2002 for Hilton Lecture Series.  His return was joyful and healing.

“It was wonderful to have him come back to campus,” says Dr. Ray Schmidgall.  “He is a part of our School’s history, and a huge influence on so many of us.  I’m glad we had the opportunity to say, ‘Thank you.’”

Coach Smith’s family has asked that any donations in Don’s memory be made to the School of one’s choice.  For MSU, please direct your donations to Michigan State University/The School of Hospitality Business, c/o Lois Schroeder, 667 N Shaw Ln Rm 232, East Lansing, MI  48824 (indicate donation in memory of Don Smith).

Broad MBA students, staff share the importance of Hispanic Heritage Month
In this Q&A, hear from four Full-Time MBA students and one staff member on what being Hispanic/Latinx means to them.
In The News
Railroads and unions reach deal to avert devastating strike, keeping America’s trains and the economy on track – for now 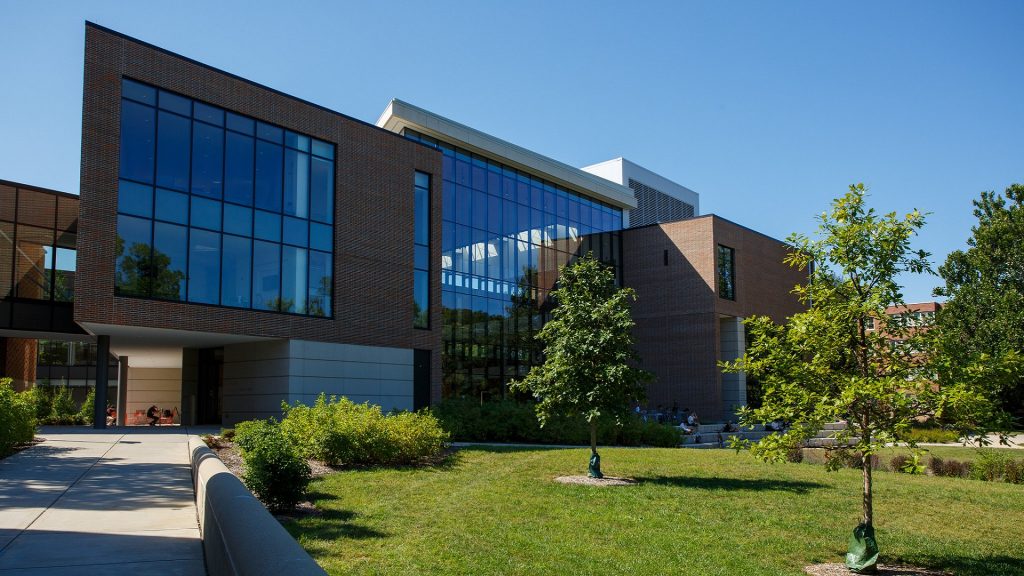